In order to comply with new EU legislation, we have to inform you this website uses cookies.

This is an archive site only - The Creative Speech Technology Network is no longer active. The site has been preserved as it was with links to some external resources that no longer exist (for example the livestream link below) but there is still plenty of good stuff to peruse, so if you are interested in the creative use of speech technology please enjoy a good wander. Any questions should be directed to Chris Newell gravityisahat<thatlittleatsymbol>gmail.com

The Creative Speech Technology Network (CreST) was an interdisciplinary network of contributors to the field of computer speech. It was led by Dr Alistair Edwards, University of York and Dr Christopher Newell, University of Hull. It was funded by an EPSRC grant and commenced in March 2011 for 2 years.

Our meetings are broadcast live and archived here
http://www.livestream.com/crestnetwork

There were four objectives for the network: 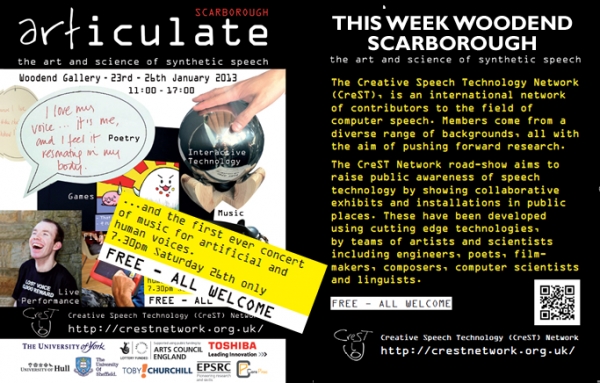 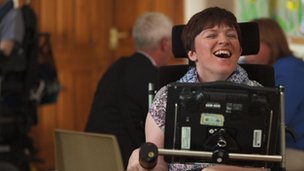 All the latest media coverage for the CreST Network Articulate Roadshow 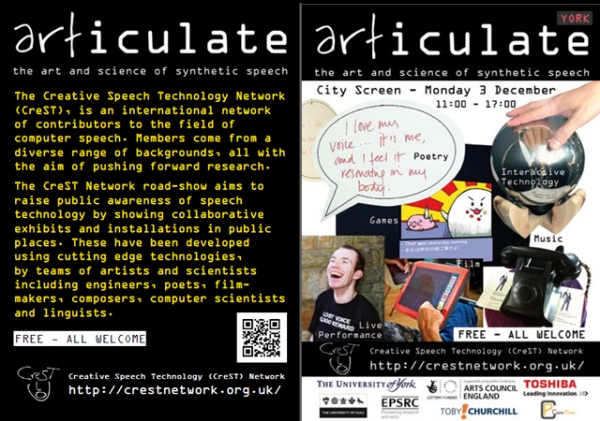